Sixty-year-old Sylvia Jensen is a veteran social worker and supervisor of a crucial program responsible for the placement of vulnerable children in safe and appropriate foster homes. A white single woman, Sylvia has long had a deep interest in Native American life and culture. Though an outsider, she participated in the early days of the American Indian Movement “cooking and doing the dishes while the protesters planned their strategy, sleeping with a couple of them.” Her office is decorated with Indian art and artifacts along with a print by the famous photographer Edward Curtis titled “Mohave Water Carrier.”

In June of 2005, Sylvia is plunged into a heartrending case of a foster child’s death.

“At the Center” is the second novel by Seattle resident Dorothy Van Soest. A prolific author of books and nonfiction articles, Van Soest is the former dean of the UW School of Social Work. In this current mystery she explores the personal and systemic vicissitudes inherent in the network of foster care. Problems that permeate contemporary society bring psychological misery and physical danger to unfortunate children exposed to the egregious carelessness and violence of parents and other adults. The foster care system is a necessity but one that sometimes manifests deep and regrettable flaws. Supreme among such flaws are traumatic injuries sustained by innocent kids, or worse, the death of a child placed in what is supposed to be a protective environment.

A native boy, Anthony Little Eagle, was seven years of age. Anthony had been removed from his hard drinking parents after police found them passed out and an uncle “screaming and waving a gun around.” Young social worker Lynn Winters, under Sylvia’s supervision, had been responsible for placing the child in the licensed foster home of Paul and Linda Mellon. Usually efforts are made to place Indian children with Native American families, but it was late on a Friday afternoon. The Mellons, a white couple, were available. The alternative was to put the little guy in the juvenile detention system where mostly tough teenagers bided their time. Lynn wanted to avoid that.

Anthony had been in foster care for only three days when he fell through a railing to his death, an apparent accident. Lynn and Sylvia are devastated. Sylvia pondered: “The boy had died under my watch. That made me responsible. What happened was my fault. I had failed to protect him.” The strain and uncertain ramifications of this tragedy has shaken Sylvia’s hard-won sobriety. In her younger days she had become immersed in a world of ample booze and random sex. With onerous guilt and the haunting image of a little child dead she could easily relapse. There was oblivion in alcohol. While driving she spotted a bar: “It would be so easy to go inside, erase everything from my mind, obliterate my loneliness by sharing intimacies with people I didn’t know, have drunken sex with whoever I wanted or whoever was available. But then I remembered what it was like to wake up in the arms of a stranger, my loneliness worse and smothered with shame.” She drove on.

In the immediate wake of the tragedy, Sylvia is visited by no-nonsense investigative reporter J.B. Harrell. He has proven his mettle with penetrating exposés about the illegal drug trade and fraud in the banking industry. Harrell is of Native American stock but sports no romantic attachment to his Indian roots. “In his perfectly tailored three-piece gray suit with a blue and maroon striped tie, and his chiseled cheekbones set off by an expensive salon hairstyle, he looked more like a corporate business executive than a journalist.” He sits and gives a quick survey of the items that festoon Sylvia’s office. She senses that Harrell thinks she must be a typical bleeding heart: “Someone not to be trusted.”

He begins grilling Sylvia about the boy’s death. She had been admonished by her organization’s attorney “not to say anything that could be misinterpreted or that might reflect negatively on our agency.” Harrell is relentless and suggests that Anthony may have been murdered. He stuns Sylvia by revealing information unknown to her that a little girl had been injured five years earlier in the Mellon home. At that time Sylvia was in rehab for alcoholism. Their meeting ends and Sylvia is determined to research Anthony’s case. Her own suspicions are stoked when she is told that she will not be able to access the contents of the case file. This initiates an unlikely alliance with Harrell as they work together to reveal the truth. As they unravel a skein of alarming facts, they come face-to-face with something truly monstrous.

Van Soest limns a convincing portrait of the vagaries of large bureaucracies and the individuals in those systems given the responsibility to address society’s ills. Sometimes lamentable incidents of malfeasance and neglect occur. The sheer size of bureaucratic systems can obscure regrettable realities that only persistent and courageous investigation can bring to light. Weaving throughout the sad tale of Anthony Little Eagle is a parallel story set in the 1970s involving another Indian boy.

“At the Center” is a taut mystery that should have the reader cheering for the unlikely pairing of Sylvia and J.B. in their determined search for justice. 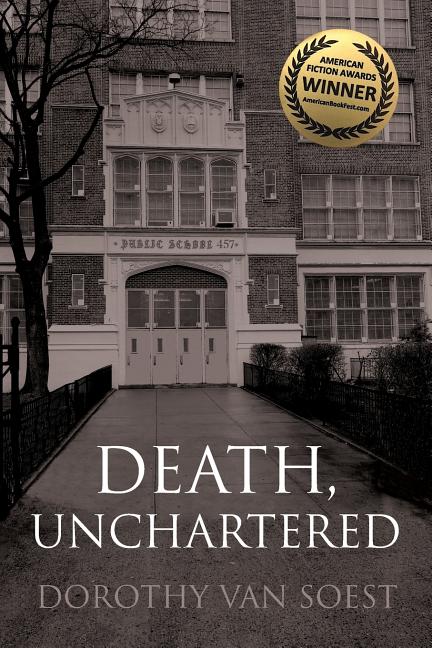